Which Camera Has a Flip Screen? – 2023 Complete Buyer’s Guide Nowadays traditional cameras are becoming obsolete and before buying a camera everyone has the same question in their mind “which camera has a flip screen?” 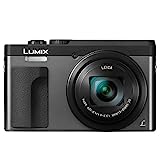 A camera with an articulating or vari-angle LCD, sometimes known as a flip screen, is a handy feature. The screen is placed on a swivel, allowing you to spin the LCD 360 degrees and flip it away from the camera body.

A flip screen, on the other hand, allows you to take a photograph from above by swivelling the screen down.

Selfies are more accessible to take with cameras that have a flip screen because you will be able to frame the shot before taking it.

As you will be able to see the preview of your recording directly, flip screen cameras are also pretty great for vlogging. To answer your query of “which camera has a flip screen?”, Sony RX100 V can be a viable option. The 3-inch (1.3 million pixels) LCD on the Sony RX100 V rotates a full 180 degrees up as well as 45 degrees down. When used in sunlight, the screen automatically adjusts its brightness to keep it legible.

The Sony RX100 V boasts a brilliant f/1.8-2.8 lens and a 1-inch 20.1 megapixel CMOS sensor for excellent images. Your photos will never be warped or fuzzy again, thanks to the fast sensor readout.

This camera’s battery life should be better, and filming in 4K Ultra HD depletes the battery much faster. You should always carry a charger if you plan on mainly shooting Ultra HD footage or more than 280 shots. The G7 X Mark II has a multi-angle 3-inch LCD screen that can rotate 180 degrees up and 45 degrees down. It is also equipped with a screen resolution of 1.04 million dots. The screen is also touch-sensitive, allowing you to adjust camera settings and navigate through menus quickly.

The Canon G7 X Mark II is equipped with a high-performance 1-inch 20.1 Megapixel CMOS sensor and a sharp f/1.8-2.8 lens for capturing stunning photographs in any light.

Image stabilisation, image clarity and autofocus tracking have all been enhanced with the new image processor. Moreover, you will be able to capture your shots in RAW or RAW+JPEG mode for more flexibility in post-production.

It can capture Full HD 1080p footage in mp4 format at an impressive 60fps. There are also four image stabilisation modes and a time-lapse feature to eliminate undesired camera shake. The Panasonic ZS70 is one of the most cost-effective options. A 3-inch LCD screen which can flip 180-degree is included with the ZS70S. For rapid camera configuration changes, it has a touch screen.

The camera has a 20.3 megapixel sensor and a 30x Leica DC VARIO-ELMAR lens with 5-axis virtual image stabilisation integrated. The ZS70 can capture video in 4K Ultra HD (30 frames per second) or 1080p Full HD (60 frames per second), making it one of the cheapest 4K video cameras available.

The camera takes stunning 4K photographs and includes a built-in post-focus feature that allows you to fine-tune your focus after you’ve clicked your picture. Take the shot, turn it over to the 3-inch flip screen, and tap the area you wish to sharpen. That’s all there is to it! The 3-inch totally adjustable screen on this mirrorless camera can rotate on both the axes.

The G85 has a 16-megapixel sensor, equipped with a wide ISO range (100-25600), as well as sensor-shift image stabilisation. This camera has a world-first 5-axis body stabilisation system, which works in tandem with the LUMIX 2-axis optically stabilised lens to achieve a ‘double image stabilisation’ effect.

This camera captures stunning 4K images with excellent colour reproduction. With the help of the focus stacking tool, you can alter the focus of your image, so you don’t miss the right moment. The LCD screen of the a5100 may be tilted up to 180 degrees. Because the 3-inch screen is touch-enabled. This also has an autofocusing feature, which can be enabled with a single touch.

The settings menu of this camera does not support touch, so it must be navigated via the camera’s buttons.

The Sony a5100 is equipped with a 24-megapixel APS-C sensor, as well as a newly designed Exmor CMOS sensor and BIONZ X CPU. In low-light situations, these reveal a surprising level of detail.

The 179-point AF sensor of it’s autofocus feature can snap into focus in 0.07 seconds, ensuring that you will be taking a sharp picture every time you click.

You can also use the built-in WiFi or NFC technology, you may transmit all photographs and videos to your smartphone. The camera is small and light, but it shoots excellent photos and videos. It’s ideal for transporting.

It has a  3-inch touchscreen which can be adjusted over the top of the camera on the Samsung NX Mini. The screen’s resolution is a bit low compared to its other model, but it still performs admirably.

The NX Mini is equipped with a 20.5 megapixel 1-inch CMOS sensor that offers great low-light performance. This camera also has built-in WiFi or NFC technology. You can quickly exchange photos and movies with other devices.

Despite its small size, the battery life is adequate. 675 images or 350 minutes of video can be taken on a single battery. If the question “which camera has a flip screen?” is wondering in your mind, this article will provide great insight into various high-end flip screen cameras available in the market.

Despite all of these benefits for taking stills, the popularity of cameras with flip displays has soared thanks to the development of vlogging.

Vlogging, like self-portraiture, necessitates positioning yourself on the opposite side of the camera, and before flip screens, which requires a lot of trial and error.

However, because of rotatable LCD touchscreens, you can now hold your camera in front of you, frame your shot, and take a photo or start recording by merely tapping the screen.

A camera with an articulating screen will certainly be the ideal option for you if you have even modest plans to upload videos to YouTube.

Q1: Which is the most expensive camera in the world?

The costliest professional camera in the world is Mamiya Leaf Credo 80MP Digital Back which is priced at $36,000.

Q2: How long can a camera battery last without charging?

Q3: What is the life expectancy of a typical camera battery?

If you use your camera with care and precautions, the camera battery can last up to four or five years.